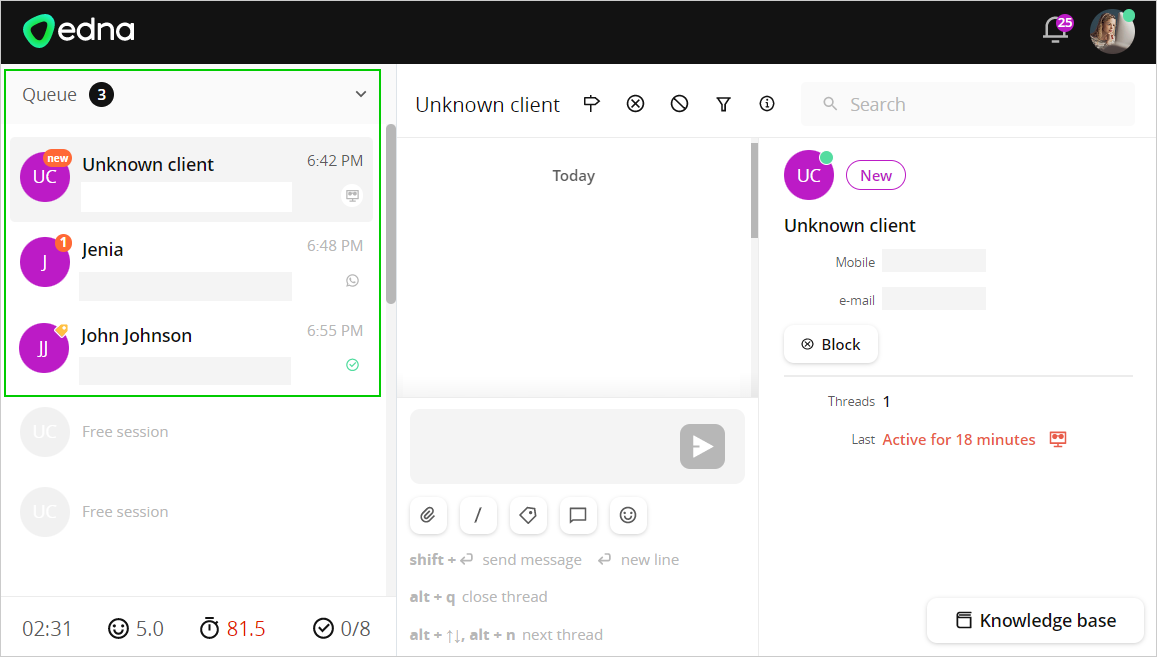 New threads are assigned automatically depending on the routing rules the admin has configured for the system. A newly assigned thread occupies one of your available sessions, the number of which is also configured by the admin. You can switch from one active thread to another at any time.

There are two categories of threads, each with its own indication on UI and timestamp:

A new thread that has no response from an agent yet. Such a thread can contain responses from a chatbot.

The time of the first message from the client

A thread that an agent has already responded to. The client has sent a new message or messages that need a response as well.

The time of the first unanswered message from the client

A thread that has been transferred by another agent. The client’s request hasn’t been resolved, so a response is required.

The time of the transfer

An agent has responded in the thread and switched to another client. At least 1 tag has been assigned for the thread (or checking for tags in threads is disabled in the system).

The time of the last message from the agent

An agent has responded in the thread and switched to another client. No tag has been assigned to the thread.

The time of the last message from the agent

Was the article helpful? No Yes